You are here: / Patagonia by Motorbike

Over the last few years there has been a boom in motorcycle adventures travel.  Perhaps it started with the Long Way Round movie featuring Ewan McGregor and Charley Borman in 2004.  Now there are companies that can help you set up your own bike, plan a trip or even organise a whole tour for you.  An adventure means an undertaking with uncertainty and risk – how much of an adventure do you want?

Motorbikes are at their best in wide open spaces – maybe that’s why there are so many good tours available in Australia, South America and southern Africa.  On a bike you are in touch with the environment with all round vision and the smells and sounds of the world you are passing through. An expedition should be away from civilisation and the dangers of riding in traffic.

One award winning motorbike tour is through Patagonia from central Chile to Ushuaia in Terra del Fuego – a distance of about 4,000km taking 15 days in the saddle.  Describing this tour taken in November 2013 will give you a flavour of the adventure.

Patagonia is in Argentina and Chile

Most of the work was done by the tour company – the riders just had to turn up at the designated hotel in Santiago with their helmets and protective clothing.  Our group comprised a tour leader (from Brazil), five riders (from Canada, USA, Australia and UK) and a support truck driver (from Canada).  The bikes can take pillion passengers on some roads or non-riders can travel in the support truck.  Our tour included two sisters from Tasmania who rode in the truck all the way. 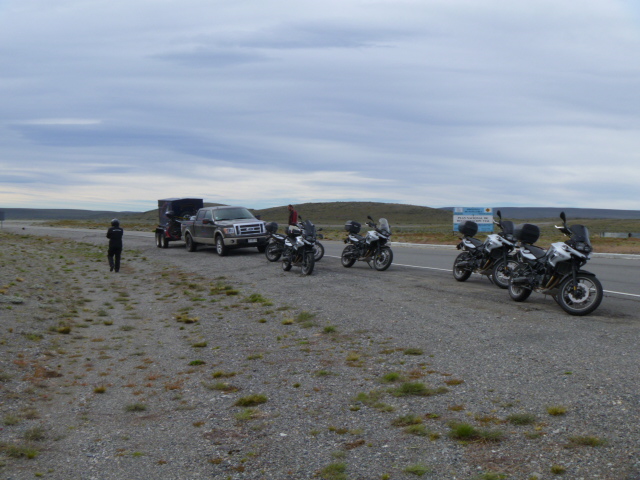 Road side stop for a stretch

The tour itinerary was published beforehand so we knew how far we would ride each day, where we would stay overnight and where we would eat.  The bikes we rode were brand-new 800cc BMWs that would be used for four of these expeditions to Ushuaia and back.

Ruta 40 runs down the western side of Argentina so as you head south the southern Andes are on your right.  The road has legendary status as being rough and tough.  It is being improved but there are still long stretches of gravel roads and tarmac roads with potholes big enough to bath in. 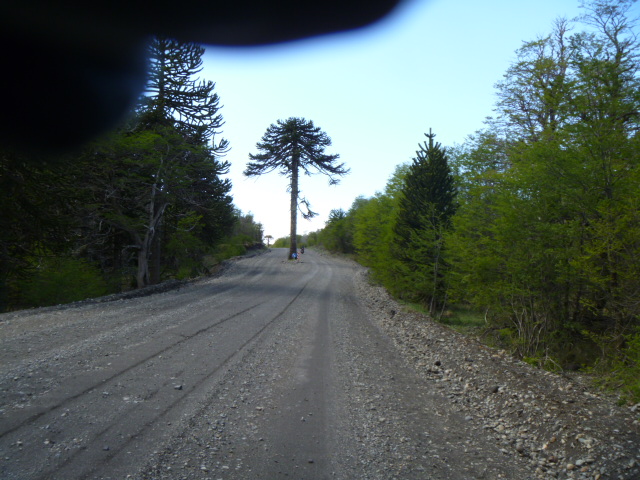 Patagonia stretches much further south than Australia.  Sydney is 35⁰ S but Ushuaia is 56⁰S so even in early summer it was chilly but mostly clear.  We wrapped up with lots of layers and enjoyed the heated handlebar grips on the BMWs.  We had one snowy morning in the mountains where we all wanted to stay indoors by the roaring log fire but once back on the plains it warmed up.

The winds in Patagonia can be very strong.  It was odd at times to be riding and leaning into the wind and seeing the bikes in front doing the same.  The nearest we came to an accident was when our leader was ‘blown off’ the tarmac onto gravel at over 100kph.  We all watched with our hearts in our mouths as he struggled and then brought the bike back on the road.

The hotels we stayed at were basic but comfortable.  Breakfast was typically bread, cheese and cold meats with local delicacies such as ‘breakfast sponge cake’ or coco pops and runny strawberry yoghurt (eaten together).  We would plan to have our bags in the support truck by 9.00am and be on the road soon thereafter.

We started in convoy but rode at our own pace so we spread out on the road and were free to stop to take photos or have a rest.  Our leader would wait for us at rest stops, junctions and towns and the support truck would follow behind.  We filled up with fuel at every opportunity as petrol was not always available.

Lunch would either be a picnic or at a local restaurant.  And then we were off again aiming to be at our destination by mid afternoon for a rest or for some local exploration.

The longest day’s ride was about 550k but many days were shorter.  And in answer to the obvious question – we did get sore but we each had own exercises and stretches on the bike to ease the discomfort.

One of the memories of the Patagonian plains is the space.  There were very few trees and you would come over a rise and find more space going on forever.  We saw ‘the biggest skies’ we had ever seen with amazing cloud formations caused by the thermals coming over the mountains from the Pacific. 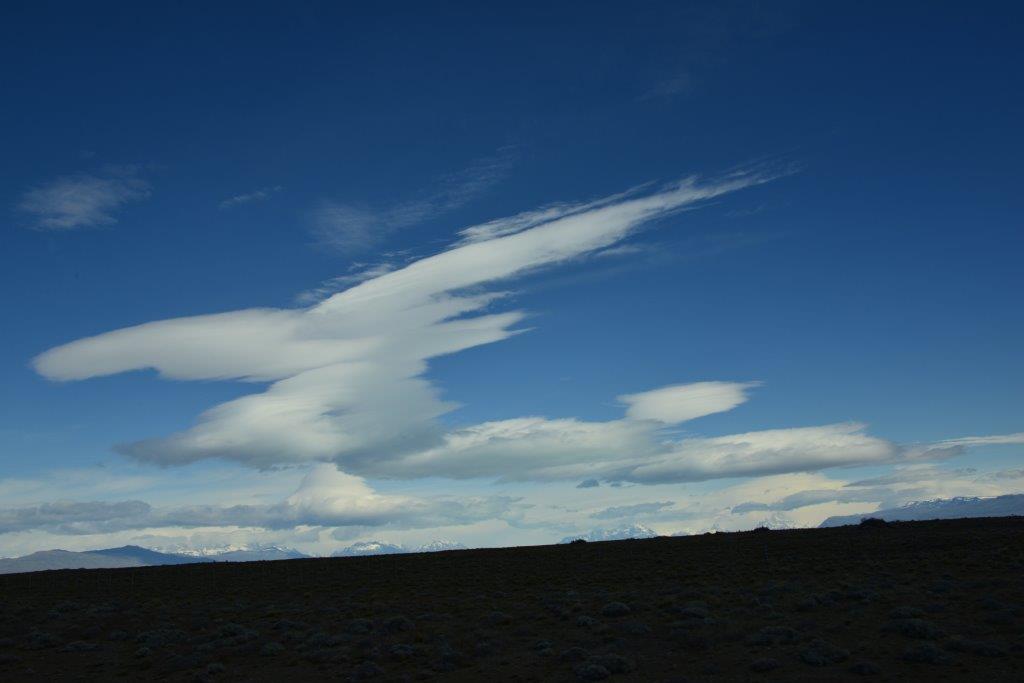 It wasn’t all riding.  We had rest days to explore in six special places – the volcanoes at Pucon, the lakes area of Bariloche, the mountains of El Chalten, the glaciers at El Calafate, the scenic wonders of Torres del Paine national park and Ushusia. 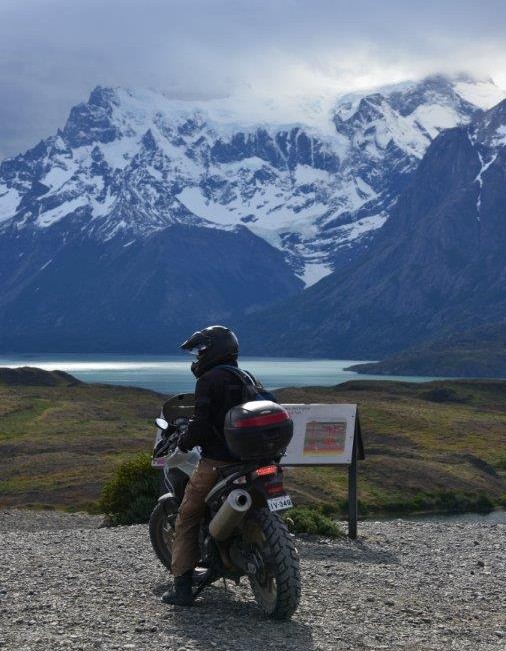 The article ‘Going to the end of the world’ has photos and descriptions of some of these places.

We could do our ‘own thing’ – explore on the bikes, walk, rest up, go shopping and check out the tourist sites.  Ushuaia was originally established as a prison town far from civilisation.  Now the old gaol is an amazing museum.  We took a cruise on the Beagle Channel to visit islands with penguins, seals and vast flocks of birds. 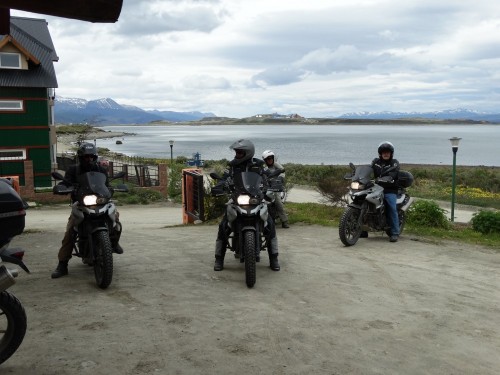 Setting out for a ride from Ushuaia

We saw lots of condors – vultures with a 3m wingspan.  They appeared out of nowhere every time we stopped by the roadside and soared above us.  We saw herds of guanaco (wild llama), wild horses and flamingos in the lakes at El Calafate.  Most interesting were the rhea (small emus) where the male takes care of the young of his harem.  You’d see a 1.5m high bird running along with 20+ miniature versions chasing after him. 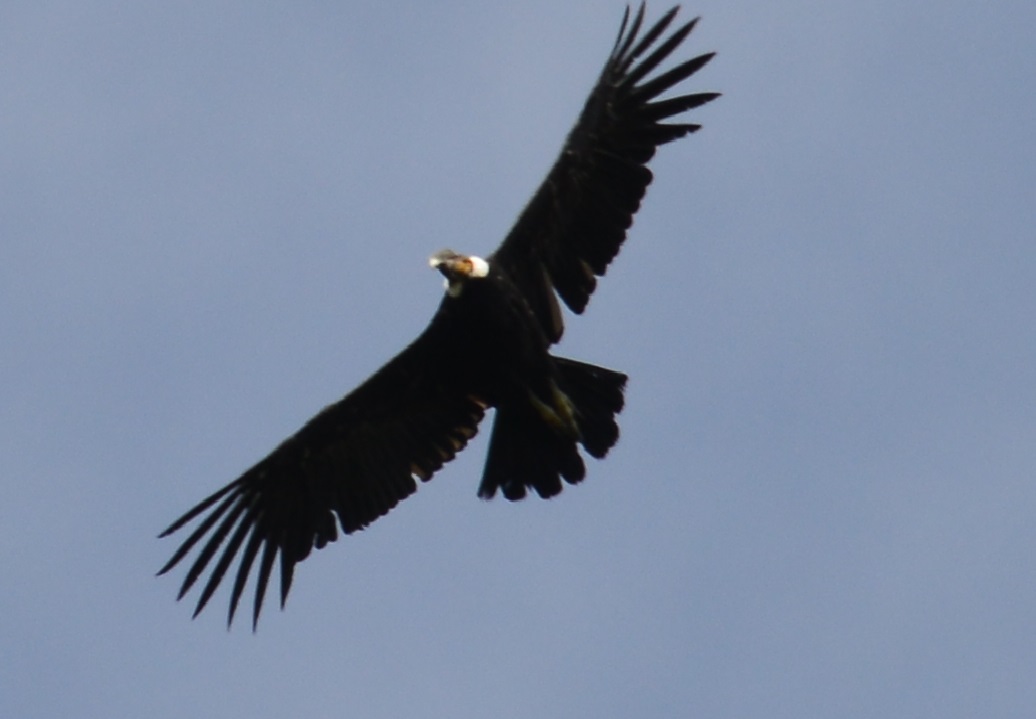 They are a few vital ingredients for a good motorbike adventure.  It needs to be well planned with comfortable and reliable bikes.  Then it needs people who can get along together.  We all had a common love of motorbikes and a goal of adventure.  Respect for others, communication and the amazing scenery ensured we gelled as a team. 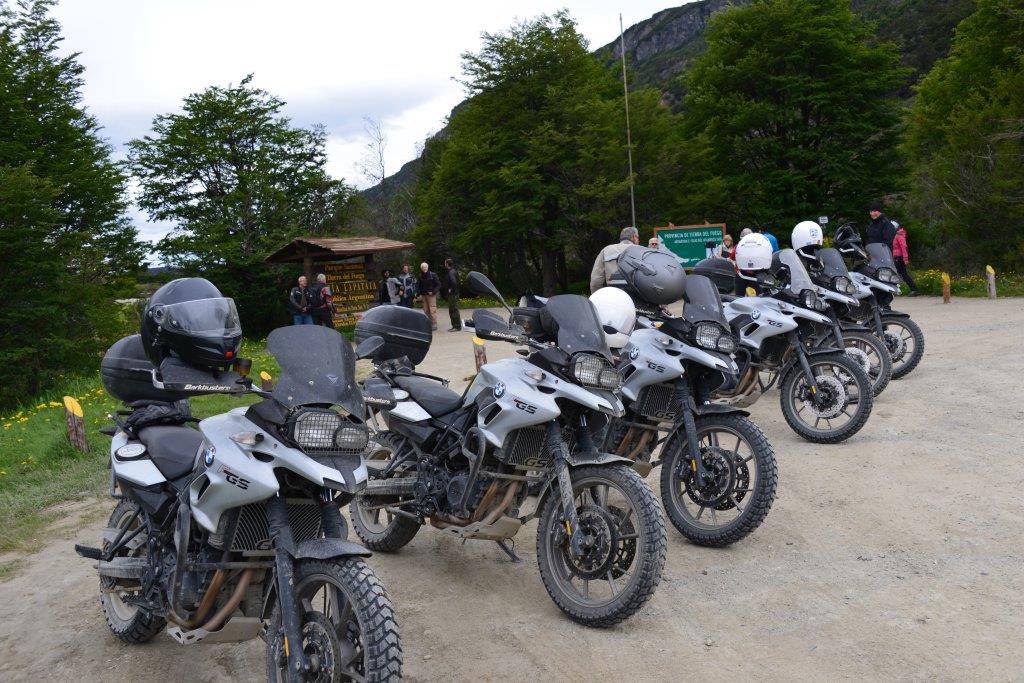 Last ride to the ‘end of the world’

On the last day we rode south of Ushuaia to a national park called ‘the end of the world’.  The bikes needed a clean but were still running well and ready for the return trip.  Saying goodbye to the bikes and the rest of the team was like splitting up a family.